SOSUA.- PUERTO PLATA.- This Friday, the disappearance of the manager of the Romannoff hotel in this municipality was reported, which has been missing for 2 days after having a strong discussion with a client.

This is David Snopek, of Czech nationality, according to a witness who spoke with NoticiasENN, the hotel manager was threatened with death by a guest, but it is presumed that he could leave the country in the next few hours, since the recordings of the dispute were deleted of the hotel security system.

The hotel owners publicly request the authorities of the Puerto Plata Prosecutor’s Office, the Dominican Republic National Police and other organizations to initiate an investigation into the whereabouts of David Snopek.

Ver en AirbnbFriendly condo near the POP airport with pool 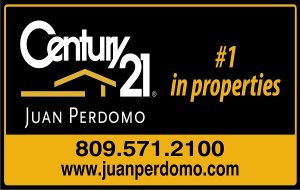